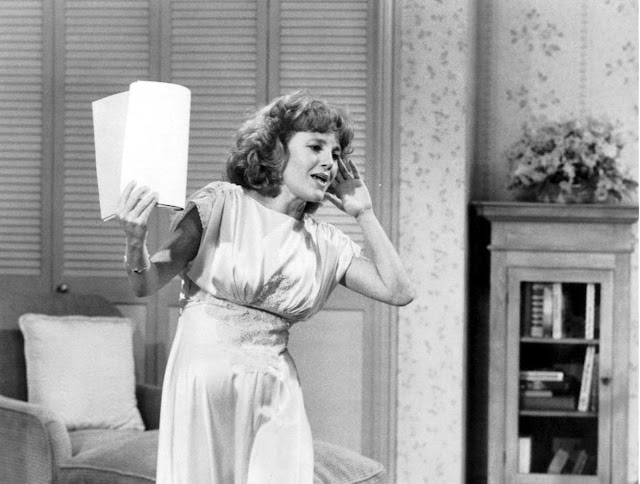 To read or to listen? Now you can do both!
Rehearsing Oh Madeline, 1983.
Photo courtesy of Jeffrey Kahn.
It’s not quite an audiobook (nobody reads from the book) and it’s not quite a podcast (there are no other episodes): it’s an audio documentary from Valerie Smaldone. Madeline Kahn: Her Life Explored features an in-depth interview with me, Kahn’s biographer, as well as clips from Mel Brooks, Peter Bogdanovich, Robert Klein, and Lee Roy Reams, and archival audio from Madeline herself. Released by Happy Land Audio, Madeline Kahn: Her Life Explored is available at Amazon, Audible, and other streaming platforms.

Valerie Smaldone is a 5-time Billboard Magazine Award-winner and is well known for her unprecedented success holding the #1 on-air position in the New York radio market. An accomplished interviewer, she is also an actress and in-demand voiceover artist who hosts and reports on live events on television.

Valerie and I hit it off the first time we spoke, when she interviewed me for her radio program; more recently, she moderated panel discussions on the life and career of Madeline Kahn at the 92nd Street Y and at the Friars Club in New York. We may yet find more projects together … stay tuned, as Valerie has been known to say on occasion.

As Valerie points out, the audio documentary makes a terrific gift: it won’t clutter up your apartment! And if you drive to work, it’s much easier to listen to Madeline Kahn: Her Life Explored than it is to read Being the Music: A Life. 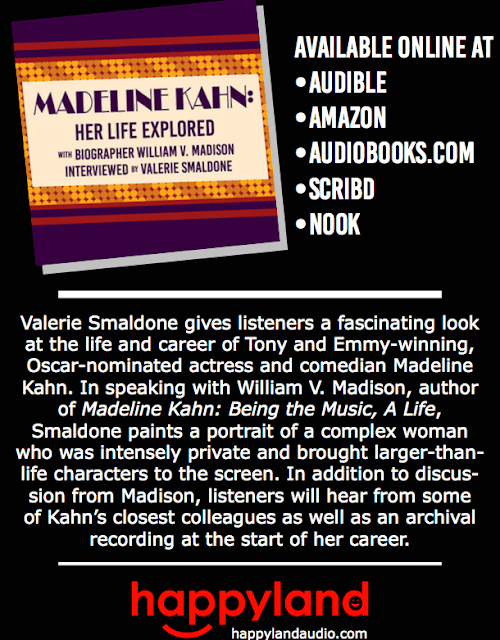 Posted by William V. Madison at 3:28 PM No comments: