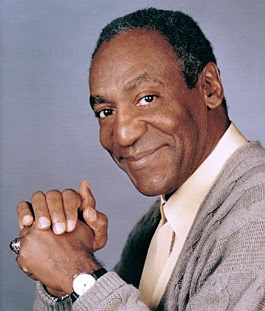 This week I had the pleasure of an interview with Bill Cosby, star and executive producer of the sitcom (1996–2000) on which Madeline Kahn gave the final performances of her career. I call it an “interview,” yet it’s far more accurate to call it an hour-long monologue that began when I said, “Hello,” and ended when Dr. Cosby said, “Goodbye.”

I am by no means complaining. The gentleman has been delivering monologues for something like half a century, and on this occasion, he offered anecdote and analysis, poetry and laugh-out-loud comedy — in abundance — for me alone. (Ultimately, I’ll share it with you.)

In the aftermath of that interview, I’m struck by how many of Madeline’s colleagues in comedy have wielded an astonishing influence on our culture.

In Cosby’s case that influence seems to have been planned from the start. His standup routines, his sitcoms and educational TV shows, and even his TV commercials emphasized the themes that unite Americans, focusing on experiences common to most of us. Ethnicity had nothing to do with his humor — and yet it was ever-present, like the paintings in the Huxtable living-room. “Without denying who I am,” Cosby seemed to say, “I can prove to you that you and I are more alike than different.”

That stance wasn’t as revolutionary as Richard Pryor’s (to cite the example with which Cosby is most likely to be compared for all eternity), yet it has proved fundamental to the construction of a more equitable and ultimately more humane society in the United States. That isn’t to say that we don’t have a long way yet to go. But would we have gotten this far without Cosby? I sincerely doubt it.

It didn’t hurt that the material was awfully good, specific and sharply observed, and it holds up beautifully. In preparing for our interview, I went to YouTube to listen to a few of the old routines — many of which I knew by heart, because my cousin Paulie (Midwestern, suburban, blond) used to recite them all. And decades later, Bill Cosby is still “a very funny fellow,” as the title of one of his albums ran. 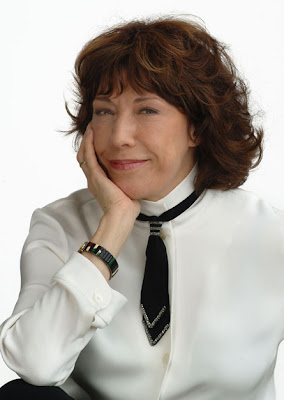 Another of Madeline’s colleagues, Lily Tomlin, has done something similar, slipping fairly subtle messages on feminism, sexism, and racism into her comedy. The beautiful “Tell Miss Sweeney Goodbye” monologue is tender and very funny, tapping into the fairly typical childhood experiences of classroom aspirations and humiliations while focusing on a young girl’s crush on her schoolteacher. Most people can identify with that, I think, yet the monologue is also a depiction of awakening sexuality — gay sexuality.

There are glimpses of a similar perspective on Tomlin’s second record album, And That’s the Truth, in which five-and-a-half-year-old Edith Ann has something very like a crush on her neighbor, a working single woman named Lily.

Lily Tomlin raised my consciousness in other ways, too. She was the first person I was aware of to use the term “Ms.” (Somebody had to be the first, after all.) Offstage, she was a model of strength, intelligence, and compassion, and she remains that, while onstage she can summon the power to populate a whole city with distinctive characters. There’s a reason that we use the word “omnipotent” to describe her, and it’s not only because that’s how Ernestine used to describe the phone company. And a woman’s power is what feminism is all about. 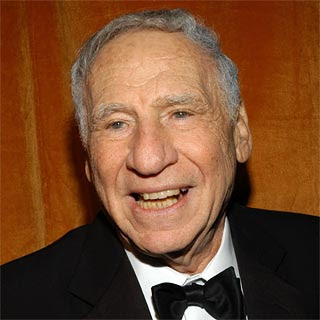 I arrived at the work of Mel Brooks a little late to be affected by him as profoundly as I was by Tomlin and Cosby, yet as an adult I have seen that his films are infused with a highly developed political consciousness. Very often, his crudest jokes force us to confront unpleasant truths about our society and about ourselves. As a result, the power of certain stereotypes is diminished.

Blazing Saddles is a perfect example: over the course of the film, the “N-word” loses its power to offend, and Mandingo-like notions of black men’s sexuality are turned on their heads. (Brooks does something similar with Madeline’s character in Young Frankenstein, a stereotypical Princess.)

I spoke with Brooks on Inauguration Day, when I observed that it was entirely possible that America might not have a black President, if Brooks hadn’t first offered us a black sheriff. And I’m far from the first person to observe that many Americans have responded to Barack Obama as if he were a kind of updated, political Cliff Huxtable.

It’s been exciting — a privilege — to speak with these people. They helped to create the cultural values with which I live. They were the kinds of artists, the kinds of adults I wanted to grow up to become. Our conversations helped me to focus on their influences and the manifold meanings of their works, and to appreciate them better. (Just as my conversations with Betty Aberlin have helped me to understand her work, and Fred Rogers’; my conversation with Hal Prince made me realize how much he has shaped my ideas of theater, too. And the list, I’m pleased to say, goes on.)

Moreover, those conversations have served to remind me that these are real people, not just images on a screen. They are men and women doing a job, teaching us, and somehow that makes them even more extraordinary.

Posted by William V. Madison at 9:15 AM No comments: