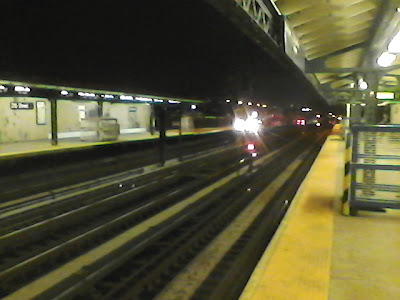 Approaching.
Photographs taken with my phone, believe it or not.

I was homeward bound on the subway the other night, after a glorious performance by Janice Hall at the Metropolitan Room, dinner with good friends old and new, and the uncanny experience of watching the composer Jorge Martín fall into a trance state while watching “America” from West Side Story at Musical Mondays at Splash, a bar in Chelsea.

The track is a long one, and I passed the time by reading. As we neared my station, I pocketed the book. “Why’d you do that?” asked the drunken, disheveled old man across from me.

“I’m getting off at the next stop,” I replied.

“I’m writing a book,” the old man went on, and my heart began to sink.

“You live on the streets long enough, you get enough stories for a book,” he went on. “You meet so many people, so many things happen. You just gotta write a book.” 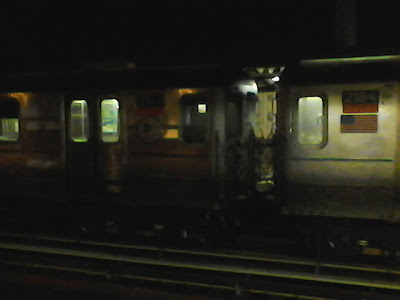 Standing.
He didn’t ask for money, and at the end of the long evening I didn’t really have much to spare. I wished him luck as I stepped out of the car and hurried back to my apartment.

When did the MTA install mirrors in subway cars, I wondered, and since when are they futurized? Because it seemed as if I’d just seen my own reflection, a few years from now, a few more stops down the subway line of life.

How often do I go around saying, “I’m writing a book”? Is the assertion any more realistic than the old man’s? Especially since I’d put the Madeline Kahn biography on indefinite hold, pending an offer from a publisher that never came.

Why wouldn’t this man possess the gift of prophecy? As he himself said, he’d met so many people, seen so many things. Why wouldn’t he know?

And yet, almost from the instant we met, my fortunes began to change. Perhaps he’s not a prophet but a sort of pascal lamb, who’s taken on the bad luck that used to be or might have been mine. Who knows?

Whatever the case, I have received portents and affirmations; now there is no more doubt. I am indeed writing a book, I am indeed the authorized biographer of Madeline Kahn — and I’ll be posting a major announcement here, very soon. Look for it. 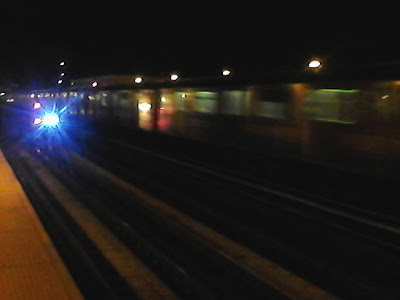 
NOTE: The title of this essay is derived from that of Patrice Leconte’s charming film, co-starring Jean Rochefort and Johnny Hallyday (2002).

Posted by William V. Madison at 9:41 AM No comments: