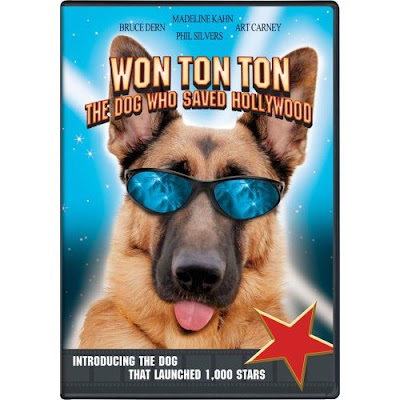 I’ve spent the past several weeks entirely consumed with the preparation of the book proposal for the authorized biography of Madeline Kahn, which my agent will be pitching to publishers in the weeks to come. It’s been exhilarating yet frankly exhausting work, assembling and synthesizing my research (thus far). On the one hand, I’m almost giddy with the tally of my interviews: more than three dozen, including Madeline’s relatives by her mother and stepfather; and a stellar contingent of her professional associates, including Mel Brooks, Peter Bogdanovich, Lily Tomlin, and Gene Wilder. I’ve made my own, really gratifying personal connections, too, especially with Madeline’s friends Betty Aberlin, Walter Willison, and the sublime Gail Jacobs. I’m looking forward to speaking further with all of them — and with tracking down the many other friends and colleagues who can help me to tell her story.

As I write, Madeline shines through every anecdote and reminiscence. Many of her friends describe her as “luminous,” and that quality transcends their speech. I’m getting a clearer sense of her — and a sense, too, of just how phenomenally difficult an actress’ life can be. It’s not just the question of getting or not getting a role: it’s what happens after you’ve gotten it, the many factors beyond your control that can capsize not only the movie or play but your entire career. 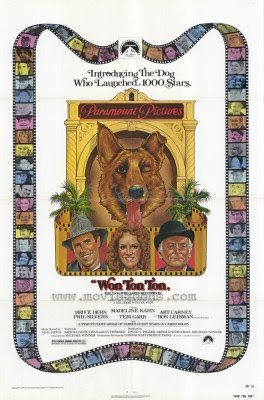 Madeline Kahn’s reputation springs from a handful of movies, made between 1972 and 1975. Thereafter, picture after picture turned out to be a dud, with few exceptions, and it doesn’t seem to matter much that Madeline was giving terrific performances.* The scariest thing may be that, time and again, there was no reason for Madeline to suspect that the picture would be anything but terrific.

Take the case of Won Ton Ton, the Dog Who Saved Hollywood (1976). This was Madeline’s big chance for leading-lady status, following her classic featured performances in the Bogdanovich and Brooks pictures, and all the signs looked favorable. Won Ton Ton would boast a competent director (Michael Winner, who had recently scored a hit with Death Wish), and talented co-stars including the great Art Carney, Bruce Dern, and Madeline’s friend Teri Garr. Supporting them were dozens of old-time Hollywood stars in cameo roles, which must have sounded like fun, and reportedly the script looked terrific — on paper. The finished picture is a catastrophic mess, marked by egregious lapses in taste and clumsily handled slapstick; even the star cameos fall flat. In movies thereafter, Madeline stuck to supporting roles and cameos of her own. Safer that way.

“You go into every project with hope,” the actor David Marshall Grant told me the other day. (He co-starred with Madeline in Happy Birthday, Gemini, a movie based on Albert Innaurato’s hit Broadway comedy, for which both he and Madeline had high expectations — that went unmet.) Grant talked about the actor’s need for “optimism,” yet I’m struck by the need for courage. Merely in order to communicate with you and me, an actor works hard and takes phenomenal risks, with no guarantees, then wakes up the next day and does it all over again.

There’s a reason we applaud these men and women. They do that which we could not.

* Clue, from 1985, is a curiosity: since its release, it’s become a cult classic, and from what I can tell that’s largely due to Madeline’s performance. (“Flames! Flames on the side of my face!”) Now, if news reports are to believed, Gore Verbinski is actually planning a remake, though of course he won’t benefit from the performances of the original cast: Madeline, Tim Curry, Eileen Brennan, Christopher Lloyd, Martin Mull, and Leslie Ann Warren. If you can’t have those guys, why bother?

Posted by William V. Madison at 9:08 AM No comments: