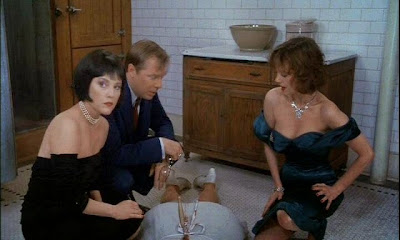 Madeline knew her way around the kitchen.
If you’re a Madeline Kahn fan and you’re looking for the perfect hors d’œuvre for your next cocktail party, here’s your solution. Thanks to Betty Aberlin, I’m able to share with you Madeline’s own recipe for sweet and sour meatballs, as reported in the Chicago Tribune in 1975.

A few provisos: I haven’t tested this recipe, you’d better have no moral objections to veal, rolling the meatballs can get your hands messy (Madeline herself offered this warning), and some of the ingredients are processed. For example, you might prefer to mince and sauté a fresh onion, instead of taking “instant minced onions,” soaking them, and then sautéing them. Johna Blinn, the reporter on this story, noted that, at the time, Madeline was “learning how to live a healthier, happier life by studying homeopathic medicine, herbs and organic foods!” (Exclamation point in the original.) So as you follow the recipe, just consider that this may be what passed for organic in 1975.

Like the recipe itself, the Tribune article is a product of its time, taking a tone that’s simultaneously admiring and condescending as Johna Blinn notes that Madeline “is an operatic singer, speech therapist and a voracious reader” — and she can cook, too! Gee, fellas, this one’s a keeper! 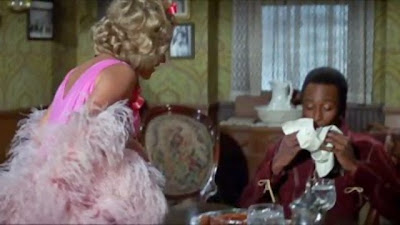 Fifteen meatballs is my limit.

Madeline was still living on East 73rd Street at the time, and she complained of her tiny kitchen, which prevented her from throwing real dinner parties: “I don’t like doing things halfway, so I really don’t try and cook whole meals very often. I’m more apt to invite someone in for cocktails, and that’s when I bring on the meatballs!” Shortly after the article appeared, Madeline moved to her Park Avenue apartment, where the kitchen was (from what I can tell from photos) spacious by Manhattan standards — or anyway, I’d gladly trade with her.

Madeline’s description of her approach to cooking chimes with her approach to acting. “When I cook, I just improvise as I go along,” she said. “It’s never quite the same from one time to the next.” In the movies, this improvisational approach to acting led to “Flames! Flames on the side of my face!” and gave directors a variety of takes to choose from. In theater, her approach yielded admiration from some colleagues (Kevin Kline, for example), frustration from others (Victor Garber — affectionate frustration, I hasten to add), and fury from others (notably Hal Prince).

Madeline’s meatball recipe is the result of sampling other recipes and experimenting with her own — and since that’s the way I cook, I’m in no position to say she’s wrong. 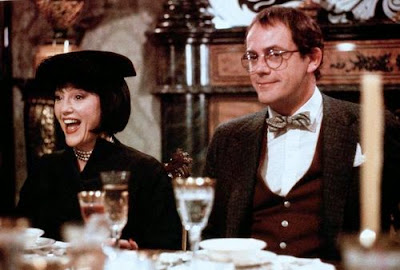 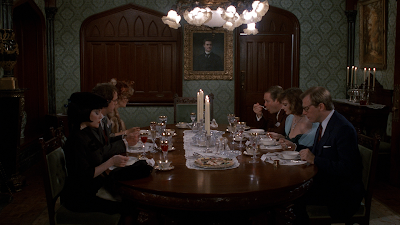 Monkey’s brains, though popular in Cantonese cuisine, are not recommended for this recipe.
Posted by William V. Madison at 10:00 AM No comments: