‘From Broadway to Hollywood’ at the Grove B&N 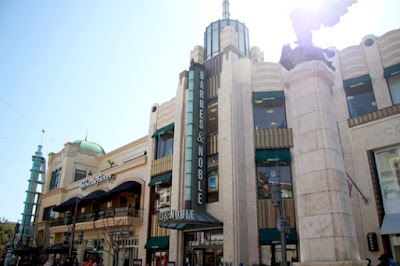 I’m pleased to announce the first event in Los Angeles (or anywhere else on the West Coast) in connection with Madeline Kahn: Being the Music • A Life: “From Broadway to Hollywood,” a panel discussion on Madeline’s life and work featuring friends and colleagues, moderated by author Eddie Shapiro (Nothing Like a Dame: Conversations with the Great Women of Musical Theater). We’ll be at the Barnes & Noble at the Grove on Wednesday, February 10, at 7pm.

Robert Allan Ackerman, who directed Madeline in a musical adaptation of Kafka’s Amerika and in Noël Coward’s Blithe Spirit at Santa Fe Festival Theater in 1982–83.

Maris Clement, a member of the ensemble of On the Twentieth Century, the 1978 Broadway musical that nearly wrecked Madeline’s career (yet earned her a Tony nomination).

Julie Dretzin, a co-star of Wendy Wasserstein’s The Sisters Rosensweig, for which Madeline received the Tony for Best Actress in a Play in 1993;

Michael Karm, a co-star of the Broadway musical Two by Two, and also Madeline’s acting coach for her first film roles, including her Oscar-nominated turn in Paper Moon;

J.D. Lobue, director of every episode of the sitcom Oh Madeline, her first foray into series television.

Each of our participants (and, for that matter, Eddie’s interview with Judy Kaye in Nothing Like a Dame) helped me tremendously while I researched the book. They shared memories, filled in blanks, and generally helped me to understand not only what Madeline did, but also why she did it. I began to see Madeline more clearly as a working actor, and also as a person.

Beyond that — they’re all really nice people. So if you’re in the L.A. area — come on by. Admission is free, and there will be a book signing afterward.

Posted by William V. Madison at 3:04 PM No comments:

Talking about Madeline at the 92nd Street Y 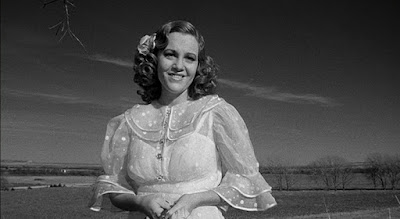 Madeline as Trixie Delight, the film role of which she was proudest —
until she played Alice Gold in Judy Berlin.
UPDATE: THE EVENT HAS BEEN RESCHEDULED. CORRECT DATE AND TIME ARE TUESDAY, APRIL 5, AT 7PM.

On Monday, January 25, at noon, I’ll be at New York City’s 92nd Street Y to join interviewer extraordinaire Valerie Smaldone and three sensational actresses to discuss the life and work of Madeline Kahn. Valerie also acts, and I can hardly think of four women I’d rather talk with about the career of an actress — I expect I’ll learn a lot.

Like Madeline, Barbara Barrie was an Oscar and Tony nominee with a lifetime’s worth of credits when she signed on to co-star in Eric Mendelsohn’s Judy Berlin. Working with a young director on his first feature film, in no-frills conditions proved challenging to both actresses. Shooting at night in the cold November weather, Barbara nearly froze: she remembers still shivering even when she got home in the mornings. Her performance went on to earn her an Independent Spirit Award nomination. 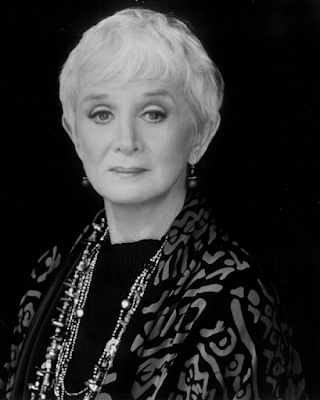 Barbara Barrie.
Barbara’s son Aaron plays Madeline’s son in the film — and there’s another family tie, of which I was unaware when I interviewed her for my book: Barbara’s husband, the late Jay Harnick, produced three stage musicals in which Paula Kahn appeared (or claimed to).

Maddie Corman played Madeline’s niece — and George C. Scott’s daughter — in the Fox sitcom Mr. President in 1987–88. As a teenager working with seasoned veterans, she was all eyes and ears on the set, observing and absorbing everything around her. One happy result of her experience: she does a flawless impression of Madeline. Maddie Corman.
Madeline hadn’t worked with a child actress since Tatum O’Neal in Paper Moon, and the working relationship she and Maddie set the tone for later relationships with younger colleagues. Madeline never condescended but approached Maddie as a peer, praising her when she did well, even asking, “How did you do that?” when she admired a particular scene.

Like Maddie, Ally Sheedy was a Madeline Kahn fan even before they worked together, and both began acting when they very young. Ally met Madeline when they co-starred in Alan Alda’s Betsy’s Wedding, and they bonded when bad weather prolonged location shooting in North Carolina. They spent hours talking and taking long walks. The all-star cast of Betsy’s Wedding had opinions on how to do everything, which complicated Alda’s attempts to realize his artistic vision — and probably tried his patience, too. 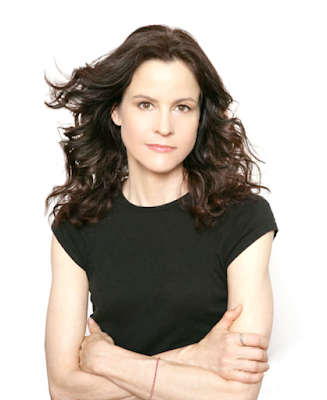 Ally Sheedy.
The movie marked a reunion for Madeline with Julie Bovasso, who (until she was fired, days before opening) directed her in David Rabe’s Boom Boom Room, for which she received her first Tony nomination. Bovasso was an acclaimed acting teacher, and when Madeline decided to take classes with her, Ally went along — affording her an opportunity to contrast Bovasso’s “huge, volcanic” acting style with Madeline’s more intimate approach.

After the panel discussion, I’ll be signing copies of Madeline Kahn: Being the Music • A Life, and proceeds from book sales will benefit Ovarian Cancer Research Fund. For more information and to order tickets, click here. 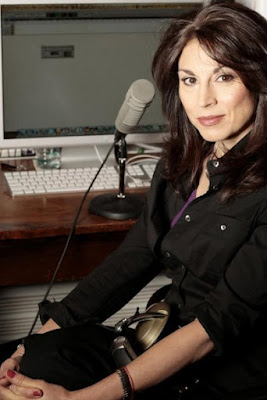 Posted by William V. Madison at 4:30 PM No comments: