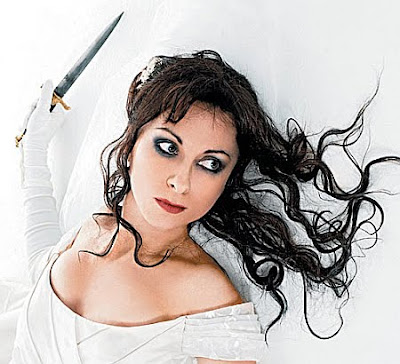 Every now and then, a wonderful singer comes up with an interpretation so wrongheaded that you can only scratch your head and mutter, “What the hell?” Music lovers keep lists of such moments; for a long time, mine has been dominated by (but not limited to) Renata Scotto’s florid account of “Over the Rainbow,” on the occasion of Beverly Sills’ retirement. A lovely gesture to a colleague went horribly wrong, because the great Italian soprano couldn’t locate the correct style: simplicity.

Now another singer whom I admire, the French soprano Natalie Dessay, has topped the list. Her style isn’t bad, but the meaning of Bernstein’s “Glitter and Be Gay” eludes her entirely. What makes her rendition most troubling is that, on the evidence I’ve heard, other, younger French sopranos are now copying her travesty, in the not unreasonable belief that anything Dessay does must be right.

Dessay has been mangling this aria for a few years, but it’s only recently that I’ve identified the source of her misinterpretation, courtesy of the title of her latest album: Mad Scenes. 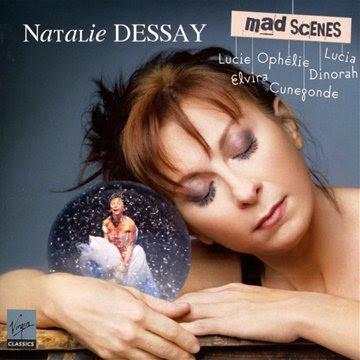 In its original context, “Glitter and Be Gay” finds the heroine of Candide in despair. She’s been raped, losing in the process not only her virginity but all her plans for a noble marriage back in Westphalia; she’s now a courtesan in Paris. But she takes comfort in the rewards of her new profession: jewels. Lots and lots of them. Which make her not only rich but even more beautiful. She stops crying and starts to laugh.

In an operetta that makes a frontal assault on many of the conventions of grand opera, “Glitter and Be Gay” shows us the soprano unhinged. Musically and dramatically, the song is a parody of the Jewel Song from Gounod’s Faust, and Cunegonde’s skipping, staccato “Ha-ha-ha” reflects Marguerite’s “Ah! Je ris de me voir si belle en ce miroir” (I laugh to see myself so beautiful in this mirror).

Dessay takes what ought to be a fou rire (giggle), maybe a little bit hysterical, and turns it into something madder. She doesn’t even articulate the “Ha-ha-ha” as laughter at all. She lands so wide of the mark that I couldn’t understand her intention, the first times I heard her sing the aria. And that’s unusual, given that she’s an exceptionally smart and communicative musician, whose English is fluent, and whose husband (the baritone Laurent Naouri) happens to speak nearly as well as I do.

What the hell? Then her new album came out: Mad Scenes. Oh. That explains everything. Almost. 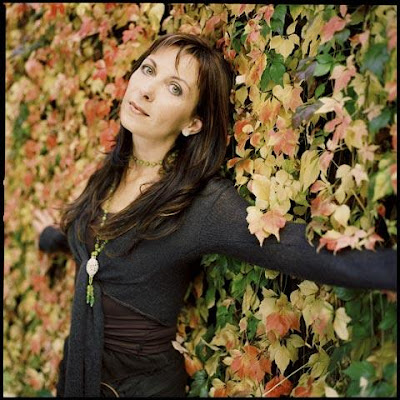 So Dessay thinks Cunegonde is outright crazy — like Lucia di Lammermoor, Ophélie (in Ambroise Thomas’ Hamlet), and Bellini’s Elvira. Never mind that, if Bernstein wanted to write a parody of a mad scene, he’d have done so; instead, he wrote a parody of the Jewel Song. Even out of context, Dessay’s interpretation makes no sense — and she’s missing a terrific opportunity to poke fun at one of the hoariest clichés in French opera. (Even the Tintin comics mock the Jewel Song: it’s the only number in Bianca Castafiore’s repertoire.) I can’t imagine why that prospect didn’t appeal to Dessay.

Maybe it’s the fault of the record company. Wanting to spotlight a gallery of loony ladies in Dessay’s growing repertory, and to sync with her Metropolitan appearances as Lucia and Ophélie, they may have originated the “Mad Scenes” concept. But there weren’t enough arias to round out an album. “We need one more,” they said. “I don’t know any,” she replied. “What about ‘Glitter and Be Gay’?”

I’m guessing here. But to paraphrase another American musical comedy of the same generation, “So wrong! Farewell, auf Wiederseh’n, goodbye.”

I’ve heard a number of good singers do right by “Glitter and Be Gay,” starting with Wendy Chatman, who played Cunegonde in our college production of Candide, and continuing through Erie Mills, Harolyn Blackwell, and Diana Damrau; I’ve always regretted that Sills herself never sang the role. While June Anderson struck me as a tad Wagnerian, and Kristin Chenoweth a bit steely, they surely understand the song, too, and I’ve enjoyed their interpretations. To my pleasant surprise, the best of the lot turns out to be Madeline Kahn, who sang Cunegonde in a gala concert performance of Candide to mark Leonard Bernstein’s 50th birthday. Her friend Michael Cohen has told me that together they prepared “Glitter and Be Gay” even before she auditioned, so that it’s no wonder she’s note-perfect. (The rest of the cast, heard on a pirate recording, is less polished.) Madeline has all the notes and all the humor, with some touches I’ve never heard elsewhere. “Bracelets, lavaliers!” she growls with contempt, before imploring, “Can they dry my tears?” One of these days, I’m going to dub that recording and send a copy to Natalie Dessay.
Posted by William V. Madison at 9:26 AM No comments: