Corresponding with the Fox 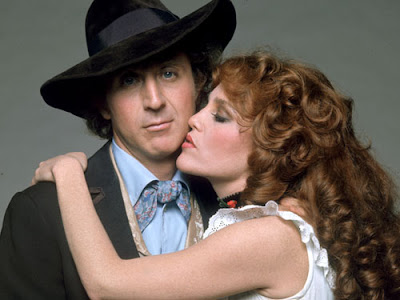 Gene Wilder was one of a handful of people I knew I’d have to talk to in order to tell the story of Madeline Kahn, the Oscar-nominated, Tony-winning star whom he described to me as his “most talented actress and favorite co-star.”

A lot of fans consider Gene and Madeline one of the all-time-great movie couples. In reality, they made only three pictures together, and in one of those, they don’t share a scene. That’s Blazing Saddles. But Gene was so taken with Madeline that he hung around the set for every single take of her big number, “I’m Tired.”

Afterward, he told Mel Brooks, “If the entire movie is just that one scene, it will be worth the price of admission.” The two immediately started trying to find a part for her in their next movie, Young Frankenstein.

I was keenly aware that, without Gene, I wouldn’t have a book that would be worthy of Madeline herself.

This accounts for some of my eagerness in our first interactions. Something he said when I first wrote to him, led me to believe that he’d be willing to meet face-to-face. So I offered to meet — and Gene’s response nearly exploded out of my laptop. NO, he did not want to see me! He was so skittish that for several nervous minutes I was afraid of losing him altogether.

I wrote back to say that I’d be willing to ask him my questions any way he wanted. Telephone. E-mail. Semaphore. Smoke signals. 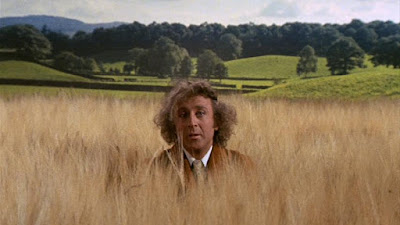 As the Fox, outstanding in his field.

At first, Gene seemed a little … terse. He’d write no more than two or three sentences in answer to any question.

Now, my aim in writing my book was to allow the reader to hear voices — not only Madeline’s voice, because I was looking at her first as a singer — but also the voices of the people she worked with. Gene’s answers weren’t what I’d imagined.

Beyond that … was he brushing me off? I picked up his memoir, Kiss Me Like a Stranger. And then I understood. This was Gene’s writing style. To the point. Terse, if you will, but in keeping with a man, most of whose writing had been movie scripts.

As I looked over what he’d written to me, and compared it with what he’d said about Madeline in other places, I saw that, so far from brushing me off, he was actually giving me his best material.

I was reminded of one of his early movies, The Little Prince. Gene played the Fox. The Fox can’t be tamed, and he’s very shy. For the first time, I understood: when Gene played the Fox, he was typecast. And so I tried to keep myself at a distance where he’d be comfortable with me. He signed his notes “Gene,” but I never addressed him as “Dear Gene.” Maybe that was a mistake, but it’s too late now to undo it.

Over the years, he continued to give me his best material, always answering me promptly. I seldom had to wait more than an hour for a reply to any of my questions.

He was fastest when I wrote to get his response to Mel Brooks, who insisted, even as I objected, that Gene and Madeline must have had an affair. Quite a few fans still believe this. Madeline herself, Gene had told me, thought it was a good idea. His own stepdaughter believed it to be true. And now Mel — who knew both Madeline and Gene well — told me he couldn’t believe it wasn’t true.

Yet again, Gene’s reply exploded out of my computer. This time in ALL CAPS. NO, he and Madeline never had an affair! 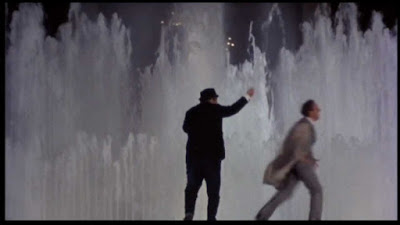 “I want everything I’ve ever seen in the movies!”
When it came time to solicit endorsements for the back cover of the book, Gene obliged. I wrote to thank him, and I never heard back. His birthday rolled around about six weeks after the book was released; I dropped him a note. I didn’t hear back.

Maybe he didn’t like the book, I thought — despite the evidence that he had liked it. (I promise you, my publisher didn’t put a gun to his head when they asked for his endorsement.) Maybe he figured that my book was finished, and therefore that was the end of it.

Or maybe he was only a little more than a year away from death.

Reading his obituary, I realize that our later correspondence followed his Alzheimer’s diagnosis. He must have known that each note to me represented a last chance to express his feelings for a dear friend, whom he missed quite painfully.

He was a helluva guy. Gene was very, very ambitious for himself. But he loved his friends. He made them his co-stars. And he did everything he could to make them look as good as possible.

He wrote The Adventure of Sherlock Holmes’ Smarter Brother specifically for Madeline — and Marty Feldman, Dom DeLuise, and himself. Every one of them gets a chance to shine. You see a similar generosity in the scripts he wrote for Richard Pryor and Gilda Radner, too. This was a man who truly cared about the people he worked with.

If you haven’t seen Smarter Brother, I hope you’ll do so soon. It was the first picture Gene wrote and directed, and he also stars. It’s not a perfect film, but it’s a beautiful tribute — to Madeline — to Marty — to Dom — and to Gene himself.

Now, Gene didn’t write a movie for me. But he did what he could to help me. And make no mistake — that, too, was his tribute to Madeline.

Posted by William V. Madison at 8:09 PM No comments: