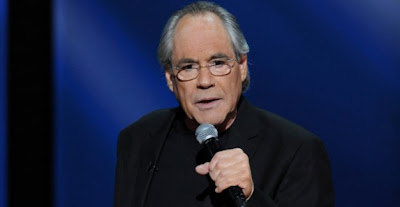 Last night I attended the annual “Evening of Laughter,” a benefit for the Ovarian Cancer Research Fund in honor of Madeline Kahn. Presented each year at Caroline’s Comedy Club in Times Square, the evening entails an auction — goods and services that range from the irresistible to the inexplicable — and a series of turns by stand-up comics. While Madeline herself wasn’t a stand-up and was remarkably uncomfortable in certain kinds of improvisational comedy,* she had a number of truly gifted friends in the field, and two of them typically rise to the occasion: Joy Behar and Robert Klein.

Klein is a noteworthy case, since he and Madeline appeared together in Leonard Sillman’s New Faces of 1968 (Madeline’s Broadway debut), dated briefly, and continued to work together for 30 years, through The Sisters Rosensweig, Mixed Nuts, and Cosby, right up to the end of Madeline’s career.

Behar and Madeline knew each other socially, becoming good friends over time, and most years it’s Joy who acts as master of ceremonies for the stand-up benefit. Last night, however, she had to back out, and now that I’ve seen the interview she conducted earlier in the day yesterday, I understand completely: even an experienced hand like Dan Rather gets tired after interviewing the President of the United States, and the women of The View ran a marathon with Barack Obama yesterday.** 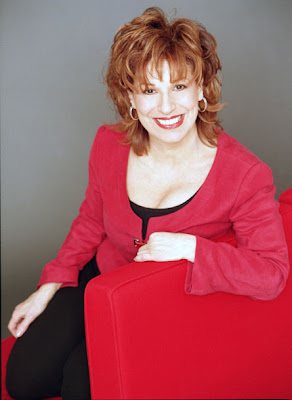 Joy Behar
Because of the participation of these headliners and of Caroline Hirsch, the impresario of the eponymous comedy club,*** the “Evening of Laughter” benefits draw a pretty stellar lineup each year. Last night was no exception, and with Susie Essman taking over as MC, we enjoyed the company of Klein, Judy Gold, Colin Quinn, Kevin Meany, as well as two comics new to me, young Mark Norman and Drew Fraser; the charming (and francophile) Jenna Wolfe helped out during the auction.

Klein’s monologues are less routines than extended philosophical musings: if Socrates were Jewish, straight, and living today, he might well sound like Robert Klein. I’ve always admired his work, and it’s a treat to see him up close. While some other aspects of stand-up mystify this audience, and not only individual jokes but entire veins of humor seem directed at somebody other than me, I’m most impressed on these occasions with the generosity of the comics, the sincerity of their admiration for Madeline and of their desire to help to fight a terrible disease. 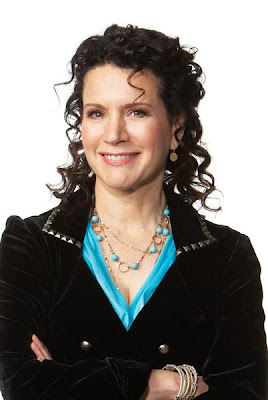 Our mistress of ceremonies, Susie Essman

Moreover, they unite to fight with laughter, and this is something I believe Madeline would approve. She understood — as well as anyone ever has — that laughter is a tool that has changed minds and lifted spirits. So it’s not surprising that the idea for the benefit originated with someone who understood Madeline: namely, John Hansbury, her boyfriend, whom she married shortly before her death.

In the way that caring for an ailing loved one makes any of us expert in a disease, so John became an expert in ovarian cancer; today he is co-president of the OCRF executive committee, and the stand-up benefits have brought in more than $1 million in 11 years. John will tell you (as he has told me, chapter and verse) of the need for effective early detection of ovarian cancer, and of the OCRF’s mission: testing, treatment, and some day, a cure. These were the goals Madeline herself endorsed, when she made her own illness public.

So much of Madeline’s legacy is the work she did herself — as we were reminded in the clips from her Oscar-nominated turn in Paper Moon that began last night’s show. But no legacy stands on its own entirely: it must be picked up by the rest of us and carried forward. That’s why I’m writing this book. That’s why John has linked Madeline’s name to the OCRF. And it’s why I’ll continue to contribute to the OCRF. I hope you’ll consider doing so, too. 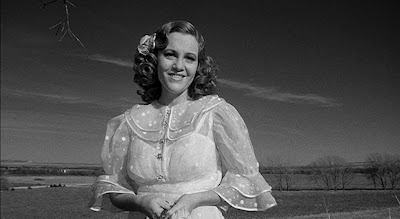 
*NOTE: To corroborate my assertion, I point to Madeline’s ad-libbed conversation with Barry Humphries, making his first U.S. television appearance in the person of his celebrated character, Dame Edna Everage, during an episode of Saturday Night Live. Madeline’s discomfort is palpable, and I refuse to believe that’s merely because she was talking to a man in a dress. She liked a good script.

**It was suggested that Joy Behar may have injured herself yesterday, in addition to the workout she got while prepping for the interview. I guess we’ll know soon enough whether she emerged unscathed.

***John Hansbury tells me that Caroline Hirsch got to know Madeline when she hosted another fundraiser at the comedy club.

Posted by William V. Madison at 9:52 AM No comments: